Behind the capital red wall there are double-headed eagles with gold heads. They are big, they of course know better. They know exactly who are enemies and who are friends, who will go straight to heaven, and who will simply die.
⠀
They taught the citizens of their country from childhood that one head is good, but two heads behind a red wall are better. Then they added that citizens would not stick out their heads, because this is very dangerous. Besides, why raise your head? After all, big eagles know everything better.
⠀
Years passed. The rules that were taught are carefully learned. Wings have long been stolen, citizens no longer fly and no longer raise their heads. The largest country has become the largest sanctuary for the insane.
⠀
Meanwhile, behind the capital red wall, they came up with and believed in their legend. They decided that it turns out, the enemies are all around. Their reserve is in danger, and the two-headed eagles have a special path. Lost neighbors must be urgently «rescued», «rescued» at any cost. The price does not matter, it is important to follow your legend to the end.
⠀ ⠀
Original size: 70 x 100 cm. Materials: ink, paper. 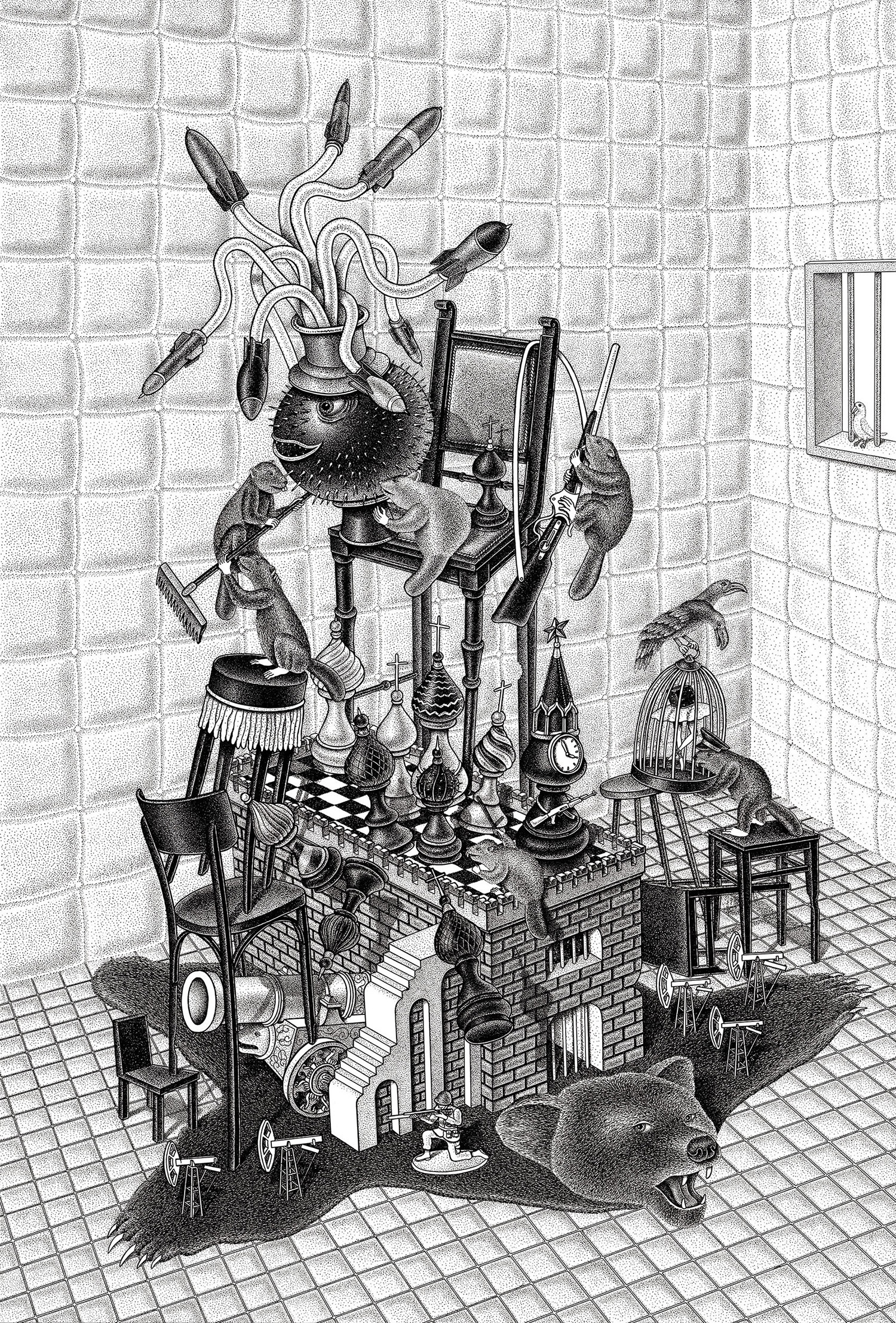 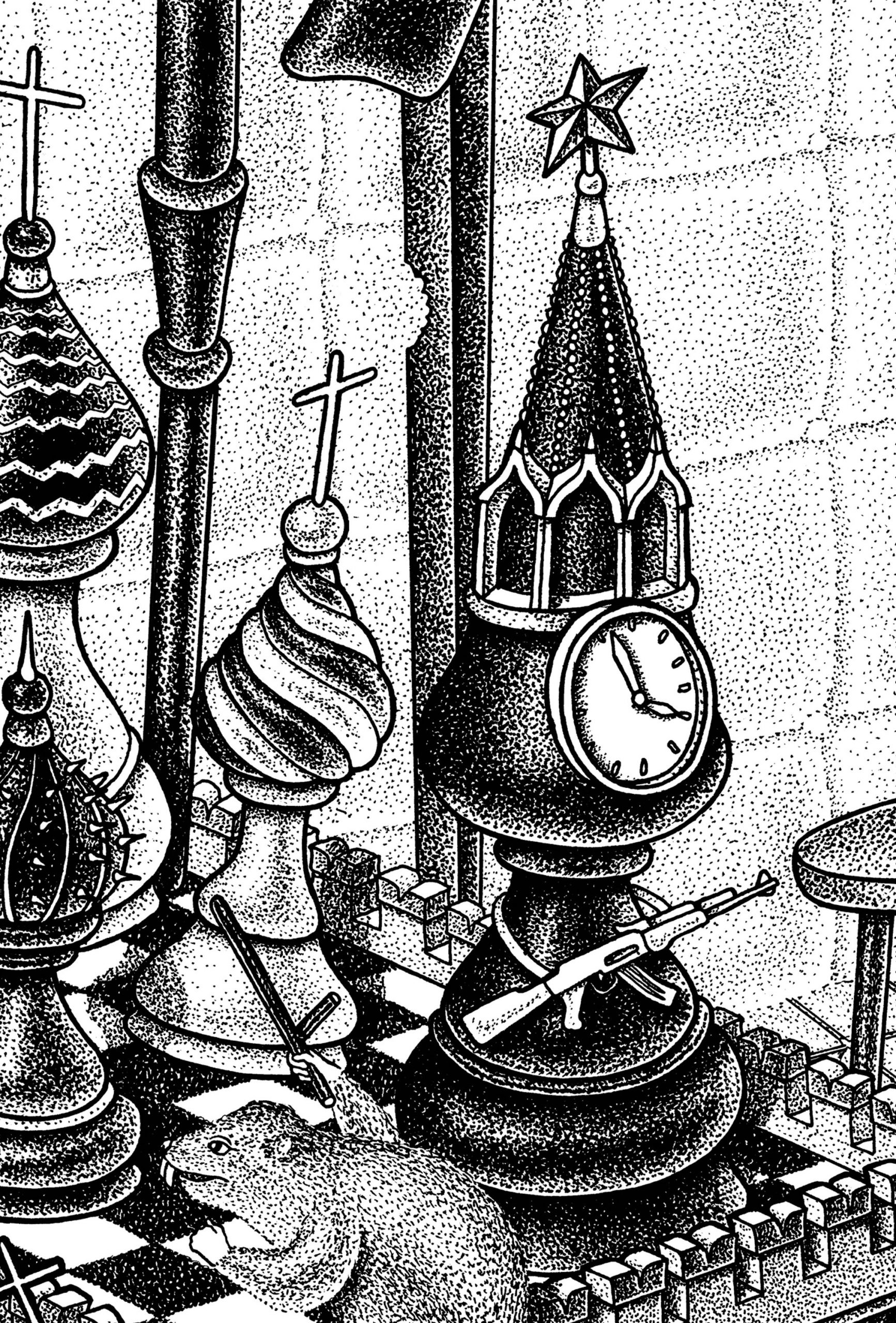 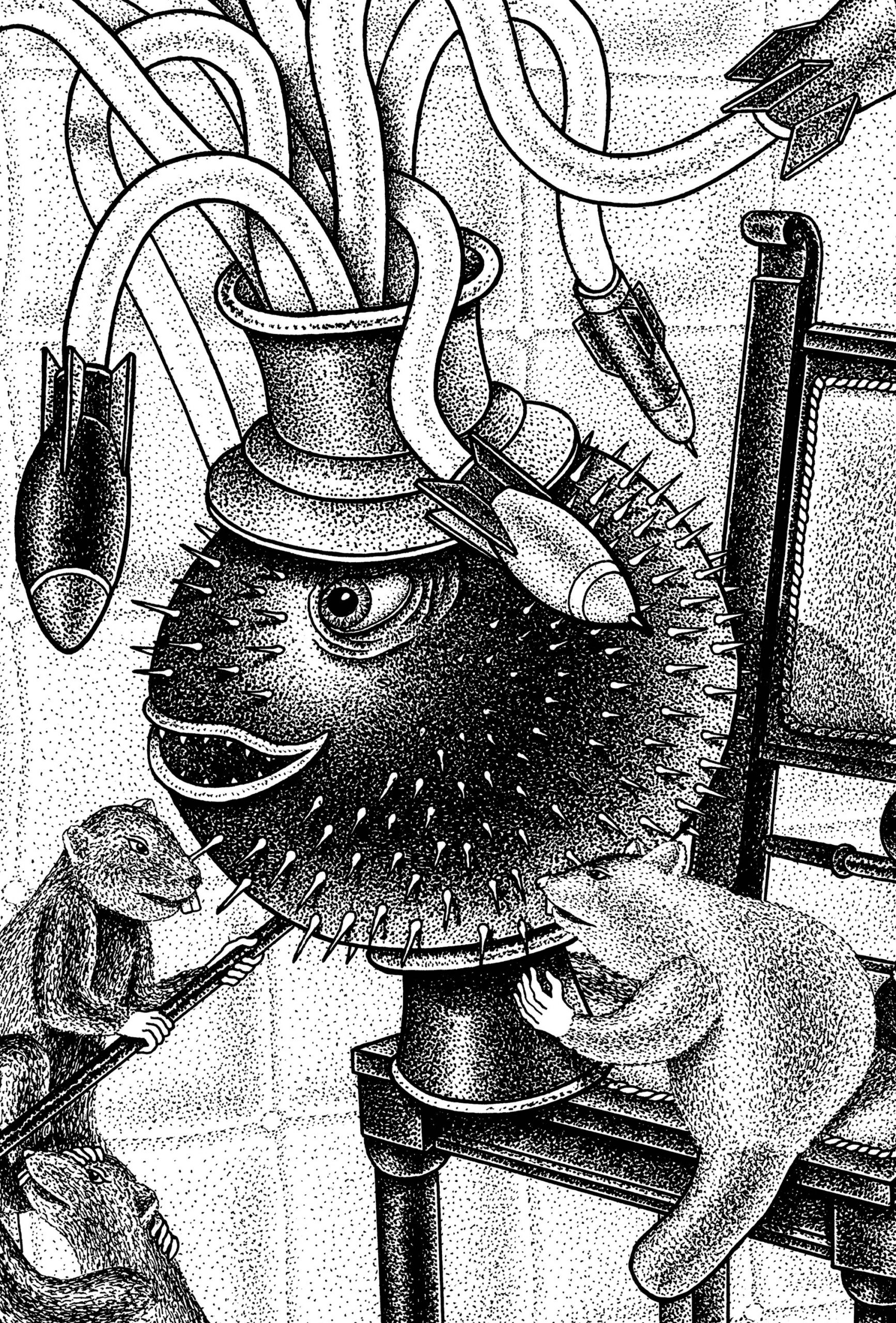 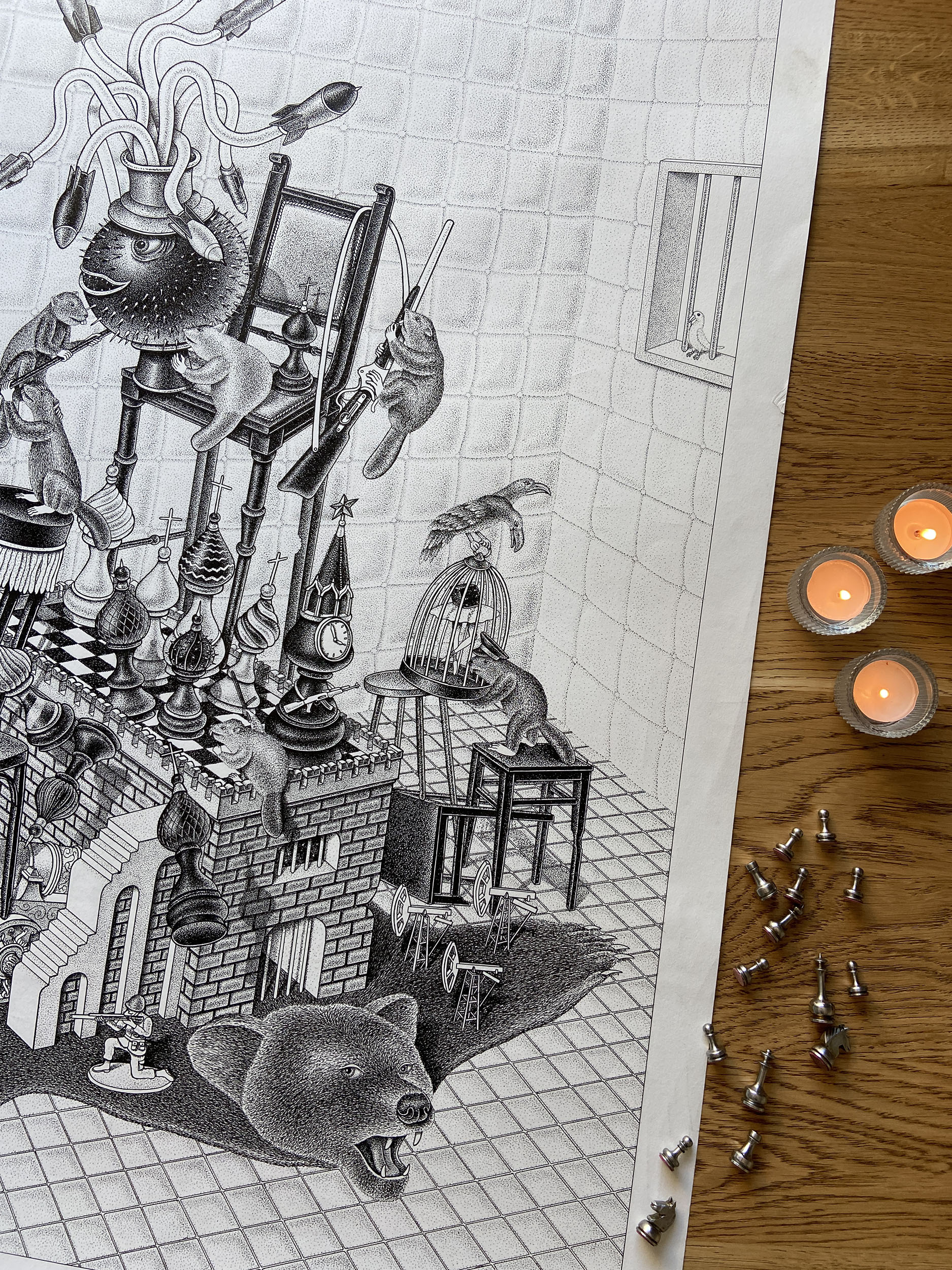 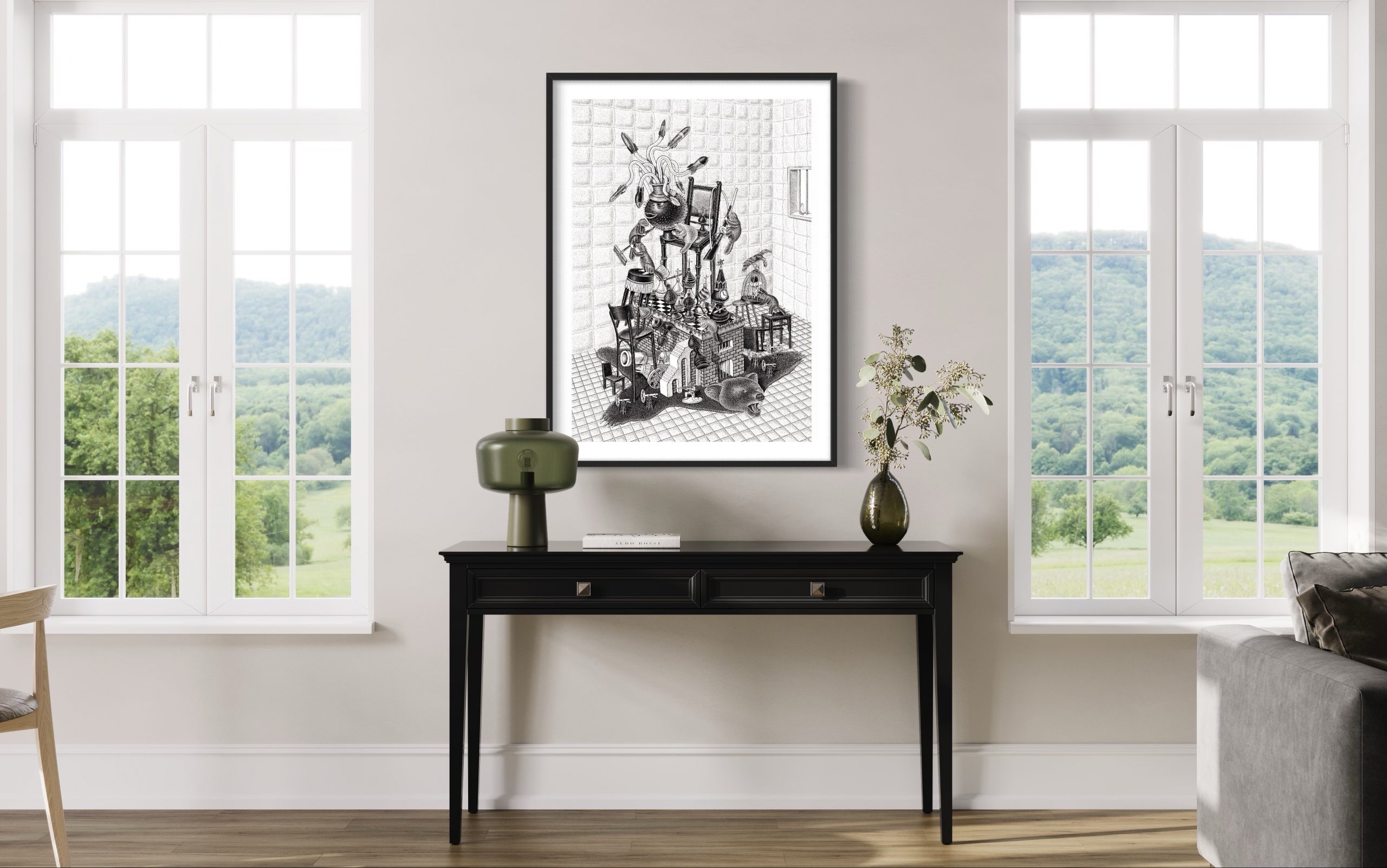