The mural was created specifically for the permanent exhibition Street Art Museum / Музей стрит-арта
⠀
«Self-development» is a vase with blacksmith’s tools, a symbol of the special art of «forging yourself» for a lifetime. In a sense, a vase is us, the bearers of everything we fill ourselves with. Hammers and anvils (like flowers!) become instruments of continuous labor, invisible messengers of creation. A snail bird lives on the vase itself, which has wings only on an amulet. The bird does not fly, but maybe it will take off, may not? It all depends on how you use the hammer.
⠀
The plot of the work is connected with the museum’s territory , where, in addition to constant factory work, there is also a smithy and even a separate workshop for an artist working with metal. By the way in the past I worked in a factory for two years and now I put all my energy and a lot of work into my art.
⠀
The mural with «Self-development» is located opposite the smoking-area, where factory workers traditionally meet during breaks. The smoking-area offers a wonderful view of the Lenin monument (an unobvious attribute of the museum exhibition) and the wall on which I worked. The workers were watching the process every day, and then they approached me to find out the details – they liked it. But the manager of a furniture warehouse, on the wall where a vase appeared, liked it less – he would like to see a sofa there. I promised that the sofa would certainly appear, but in a different place and in a different context.
⠀
In general, slow and steady wins the race. And this is not a joke. 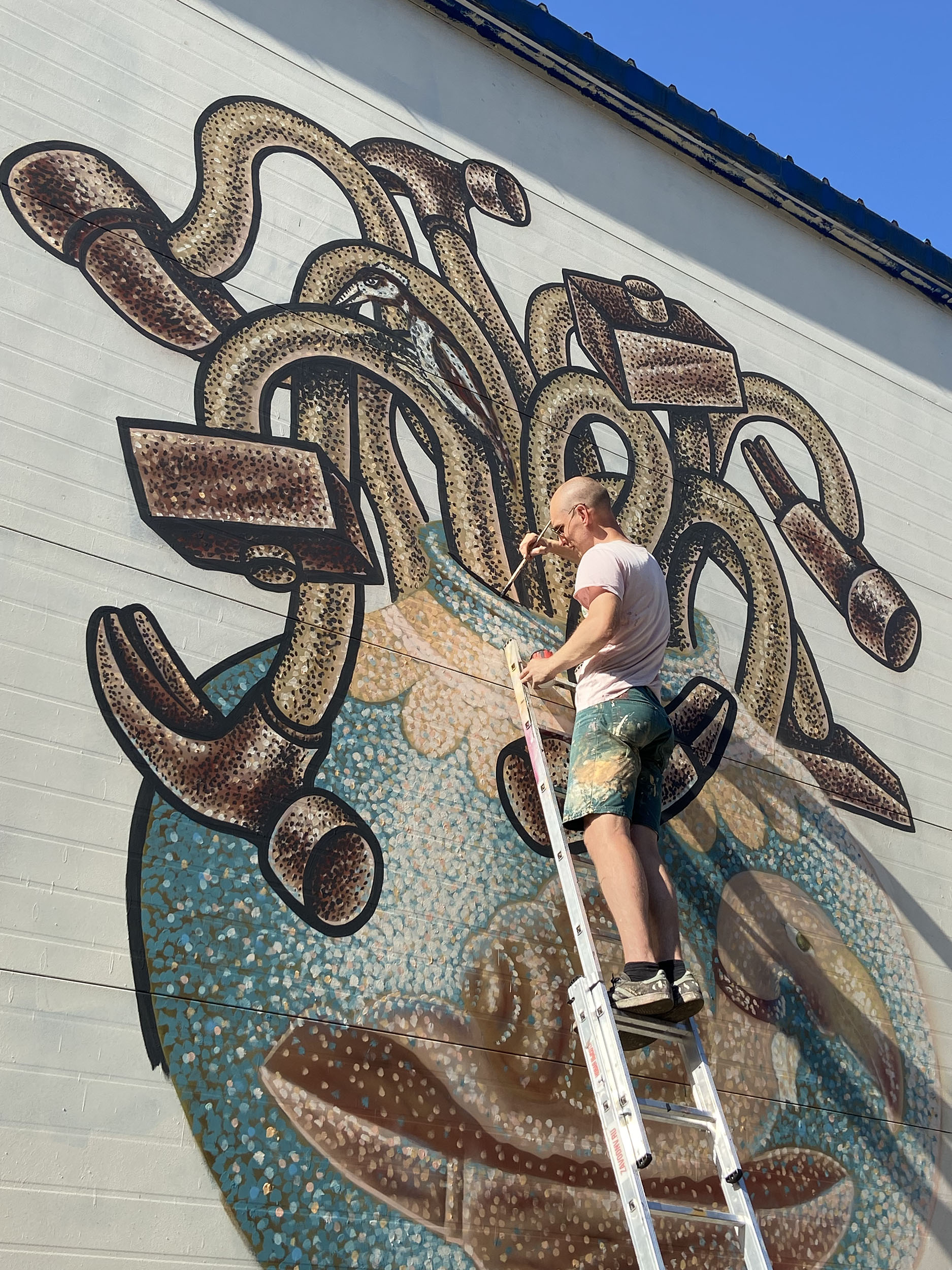 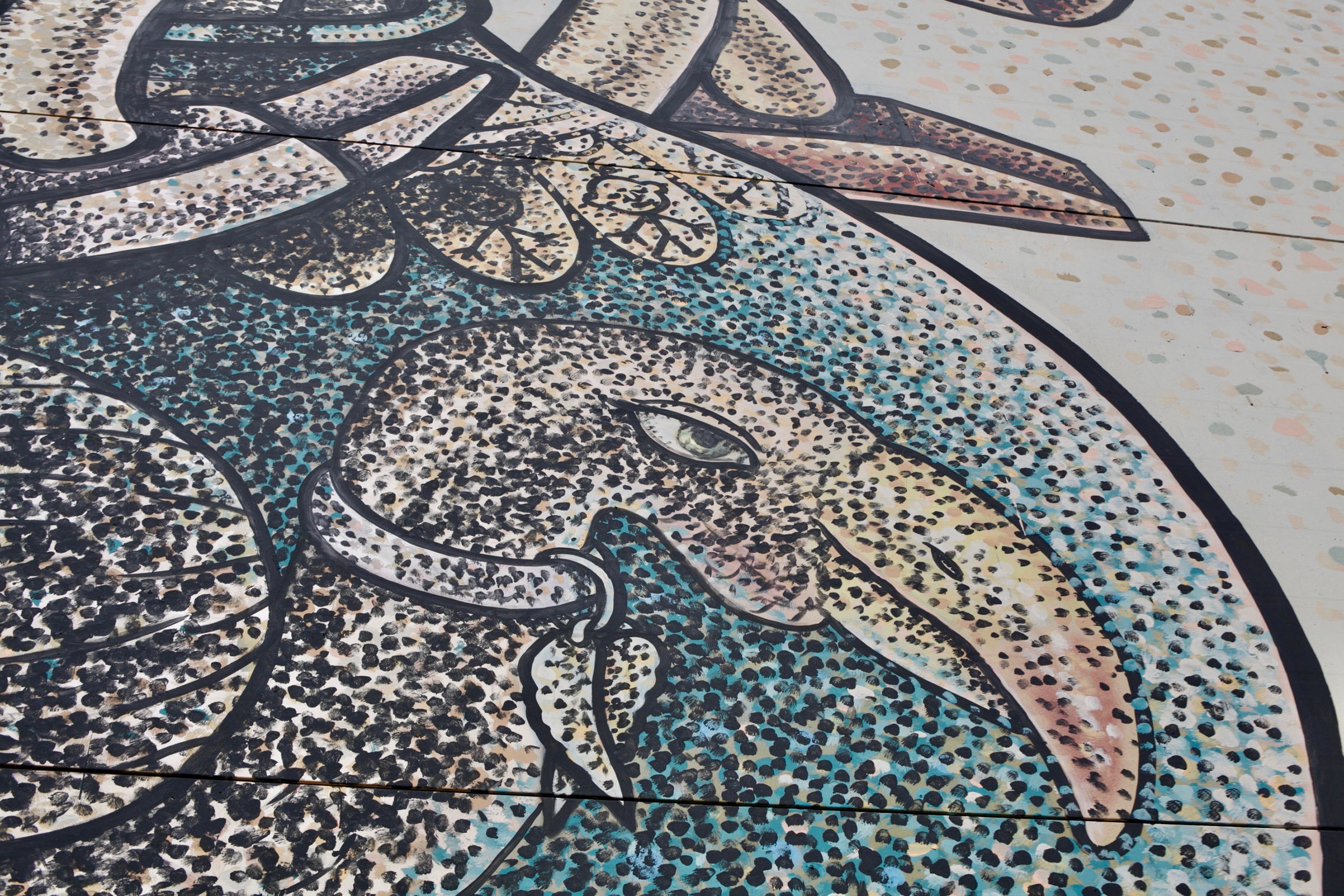 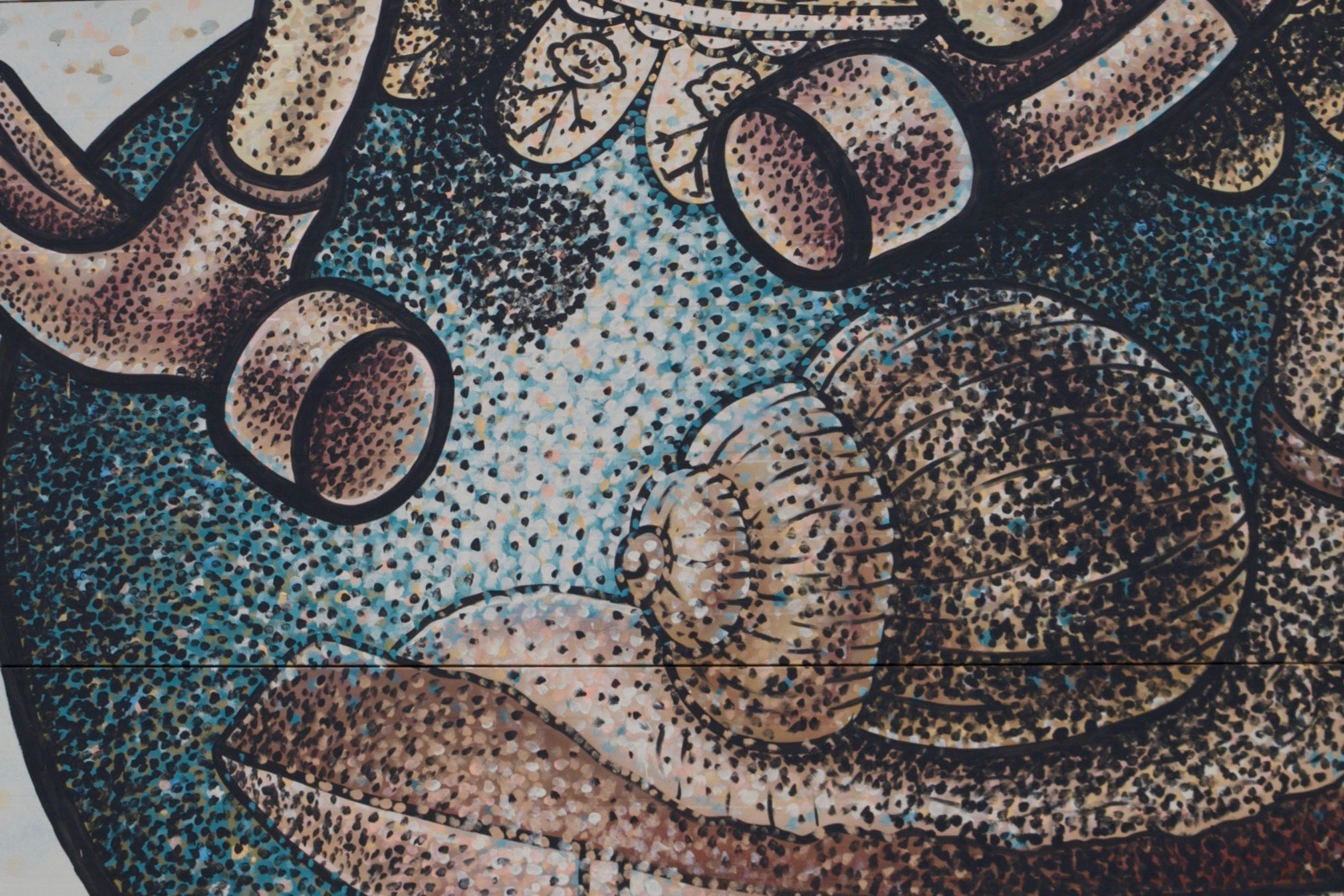 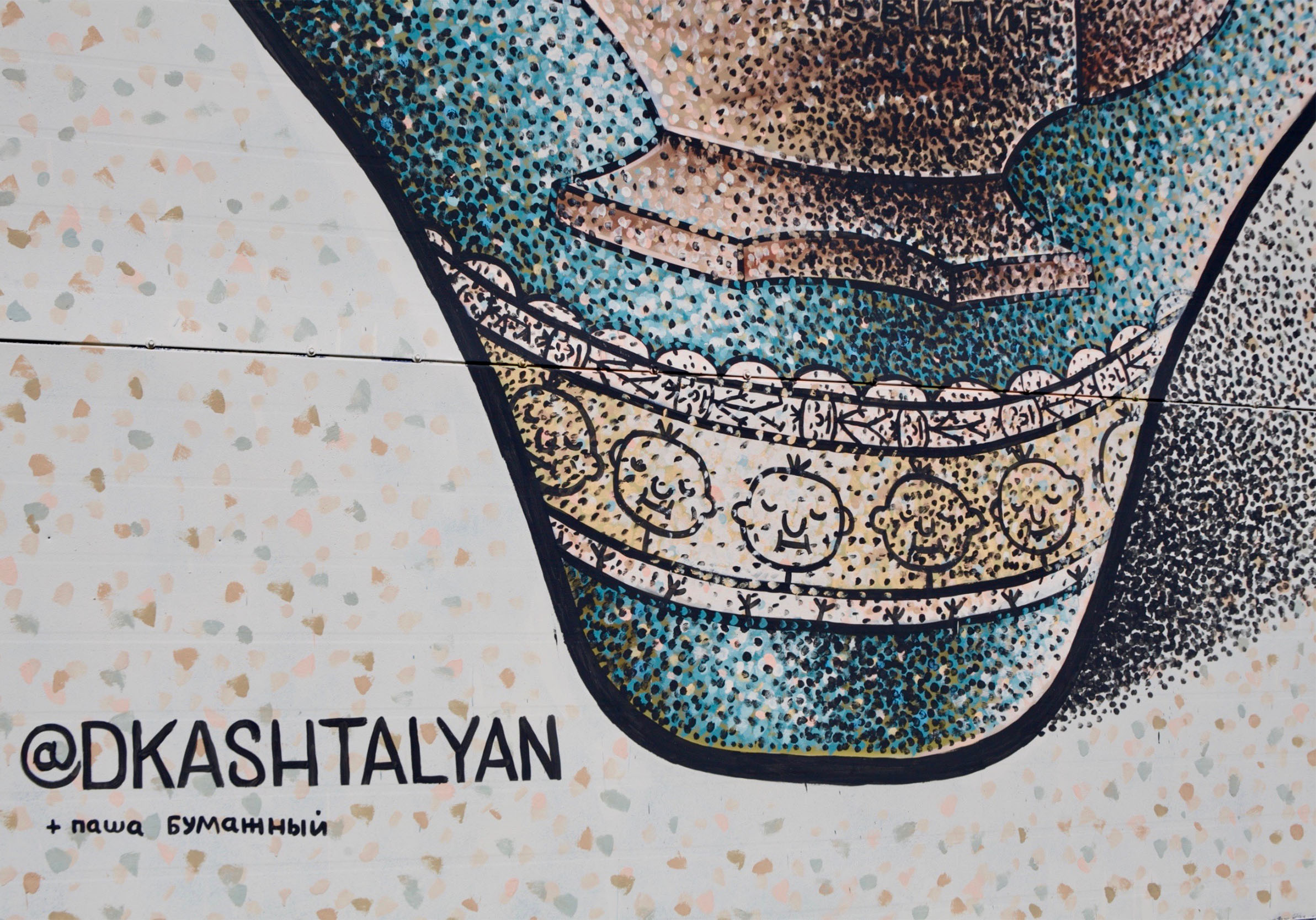